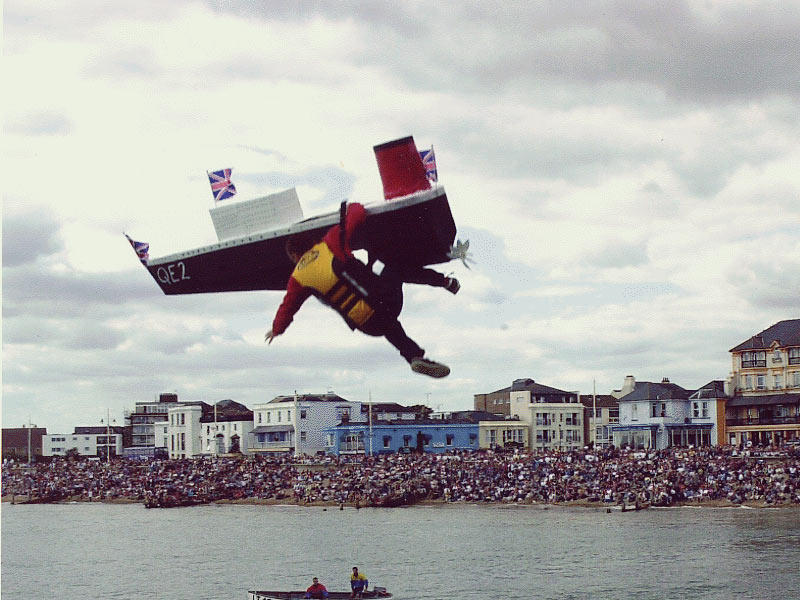 Almost 300 flyers took to the skies, flying through main shopping area. Participants were flying in a Superman harness travelling at speeds of up to 30mph meaning they could stretch out their arms and “fly” through the town! There were lots of screaming and smiling faces from the flyers and spectators. Flyers reported huge adrenalin rushes as they launched themselves from the takeoff platform.

Businesses reported bumper sales from the 40,277 counted people who came in over the weekend, of which 17,915 people were counted on the Sunday, the highest Sunday count since June 2015 when the footfall camera was first installed. Holland & Barrett, reported excellent sales, whilst Greggs reported record sales and Costas said it was “beautiful” Many commented on the great atmosphere and positive feeling in the town with the weather being kind. Paul Wells from Unique Printing said “The town has been really busy... It's great to see new ideas and new events happening, a really positive start to the weekend”

Butlins Resort Director, Jeremy Pardey flew down with over 30 staff members who were raising money for Great Ormond Street Hospital. Other flyers were raising money for good causes such as Bognorphenia, Sussex Snow Drop Trust and Access UK Scaffolding were flying for 7 year old Lily, who needs stem cell surgery.

Even Father Christmas was spotted practicing his flying skills, whilst taking his summer holidays in Bognor Regis!

Bognor Regis Town Centre Manager, Toyubur Rahman, described the event as, “the most exciting event he has ever organised, it was created to give people an experience worth having when coming into a town centre and to put a huge smile on people’s faces. I was helped by a great team of volunteers including Kez Bridger, without which the event would not have happened. I hope this event will help to change the perception of the town and encourage more people and businesses to come to the town.”