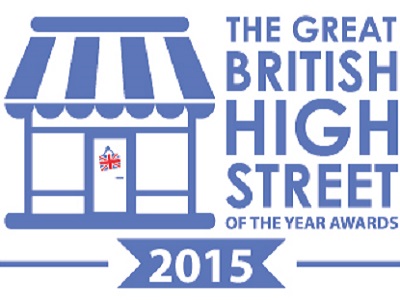 Two weeks into the six-week public voting period, a rankings release by the Great British High Street Competition has revealed that in the Coastal Towns category, Bognor Regis is currently in third place!!

Winners in each of the seven categories get a share of a prize pot worth £80,000 which includes expert training and tailor-made tips from Google’s training taskforce for one hundred of their shops, bars and restaurants.

With the public vote making up 50% of final decision, the team behind Bognor Regis Town Centre are urging local people to get behind their bid for glory.

Toyubur Rahman, Bognor Regis Town Centre Manager said:
“Over the past few years we’ve made huge strides to make Bognor Regis a better place to work, shop and socialise. That’s why we are delighted that that we’ve been recognised as one of the top 3 best improving coastal towns in the country.

“But to help us get over the line and be ranked Britain’s Best Improving Coastal Town, we need local people to get online and get voting.”

The Great British High Street Competition 2015 is run by the Department for Communities and Local Government and sponsored by Boots, Costa, Post Office, Marks and Spencer and Tesco.

High Streets Minister Marcus Jones said:
“The local high street is the life and soul of many towns, villages and cities across the country. These awards are a great opportunity to not only celebrate those that are the best of the best, but also to help others learn their valuable tips for success.

“Bognor Regis did fantastically well to make it into the final three but now they need your help to get them title of Britain’s best.

“If you care about Bognor Regis then show your support and get voting.”

This year’s competition saw a record 230 applicants and now, for the first time, the public has the chance to vote directly for their best-loved high street online.
Between now and 13 November you can cast your vote for free via thegreatbritishhighstreet.co.uk or on Facebook.

You can vote everyday and voting closes 13 November – so get voting!!

Already two weeks in, nearly 50,000 votes have been cast.

Alongside the public vote each finalist will be visited by an expert judge – one of a panel of industry experts from the Future High Streets Forum.  The judges have a 50% say on who wins the competition.

This year’s competition also sees prizes for the 10 ‘rising stars’ and special recognition awards to people or places that have made an invaluable contribution to their local high streets.

The first Great British High Street competition last year saw 135 communities battle it out to be crowned the nation’s best. Belper in Derbyshire emerged as the overall winner.

Belper found that winning not only boosted town pride, but also had a tangible economic impact with retailers reporting increased footfall.