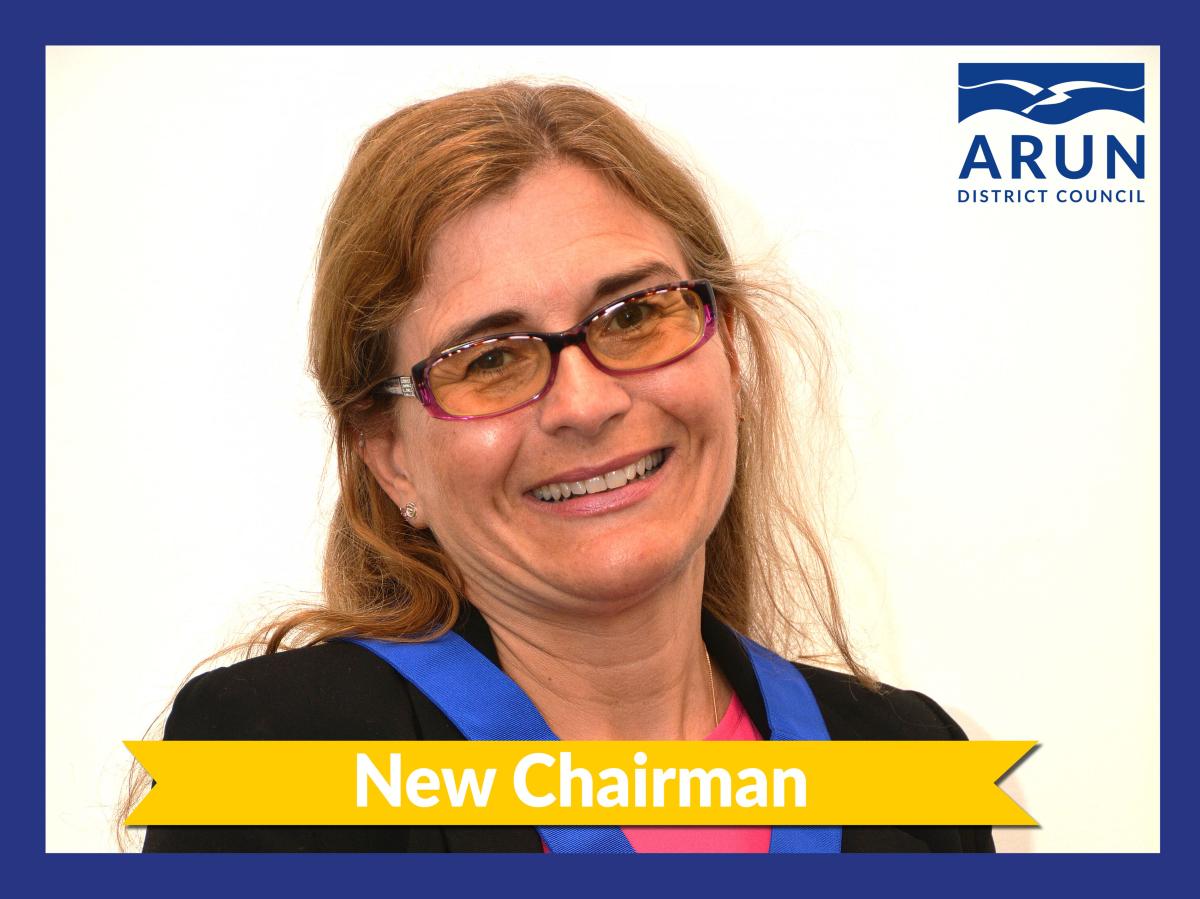 Arun District Council Chairman, Cllr Mrs Jeannette Warr, brought her year in office to a close at the Annual Council meeting held on 20 May 2020.

For the first time ever, the meeting was held virtually via the ZOOM platform, with members of the public watching via a live video link.

Cllr Mrs Warr has been Chairman since 22 May 2019 and at no point thought that the last few months of the year would be spent during a global pandemic: “Being the Chairman of Arun District Council has been an honour. I have met so many interesting and hard-working people and have been proud to represent the district at many events. Of course I am sad that this year has not ended as I had hoped but would like to thank everyone for the support they have given me and to encourage our residents to stay safe and do their bit so that we can all get out and about again.”

As part of her final thanks, the Chairman paid tribute all those that had supported her throughout the year and invited her to events. Cllr Mrs Warr supported the staff fundraising work along with the Snow Drop Trust and would like to thank all those that contributed to those charities

During the meeting, the Council welcomed Cllr Mrs Amanda Worne as the Chairman for the year 2020-2021. Cllr Mrs Worne said : “ I am determined that the current situation will not hamper my work as Chairman and am very keen to keep in touch with the residents of the district as and when regulations allow, to be active with the Arun community and beyond, as an ambassador for the district. As we emerge from this crisis, I would like to meet those that have worked hard to get us through this safely and learn about community groups and the support they have offered.”

Cllr Jim Brooks was inaugurated as Vice Chairman for the civic year 2020-2021 and will support Cllr Mrs Worne in her work as Chairman.

The Council also saw some significant changes to the make-up of the political groups with Cllr Mrs Staniforth taking over the Neighbourhood Services portfolio as Cllr Dan Purchese steps down and the addition of Cllr Hugh Coster to Cabinet looking after the Commercial and Business Development portfolio.

The Conservative Group also provided a change as Cllr Terence Chapman stepped down and Cllr Shaun Gunner was appointed as Leader elect of the Opposition.

The meeting can be viewed on the Arun District Council Website.