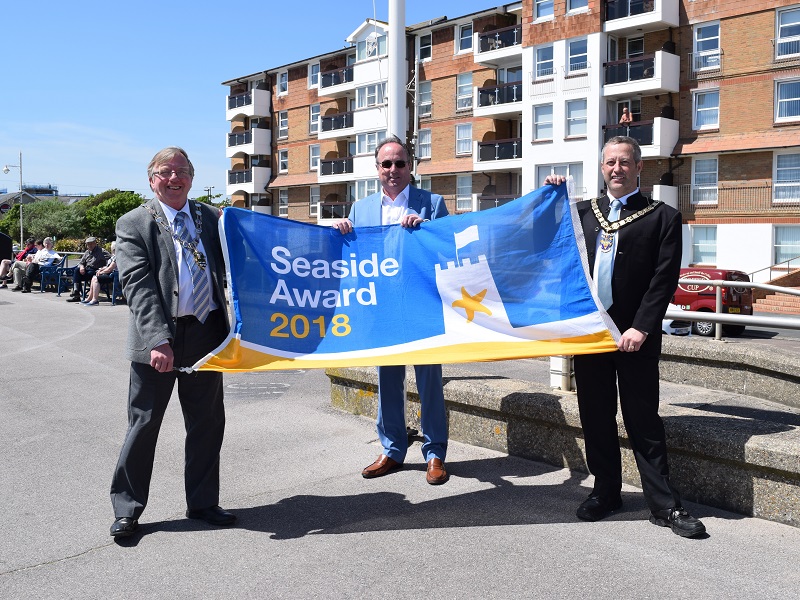 The announcement has been welcomed by Arun District Council which is the authority responsible for the day-to-day running of the beaches.

Councillor Alan Gammon, Chairman of Arun District Council, joined other dignitaries and members of the Council’s Foreshores Team for ceremonies at both beaches to raise the flags.

Praising the hard work of everyone involved in maintaining the beaches, he said: “These two beaches have now received this accolade for many consecutive years.

“Our staff and community groups work hard to make these beaches welcoming for local people and visitors so we’re delighted this hard work has been recognised yet again.”

Formerly called the Quality Coast Award, the scheme is the nationwide standard for the best beaches across the UK. While Seaside Award beaches can be vastly different, the flag is a symbol of quality which ensures visitors are guaranteed to find a clean, safe, attractive and well-managed coastal stretch.

Councillor Mike Clayden, Arun District Council’s Cabinet Member for Community Wellbeing, said: “We are delighted that two of our beaches have again been recognised by Keep Britain Tidy as among the country’s best. Having the Seaside Award flags flying above these beaches sends out the message that Arun has some top-quality beaches to be enjoyed by all.”

Keep Britain Tidy’s Chief Executive Allison Ogden-Newton said: “The success of the 148 beaches in reaching the very high standards demanded by both awards is testament to all those who have worked so hard to protect and improve our beaches – from beach managers and volunteers to local people and businesses.

“When you enjoy a trip to a beach flying an international Blue Flag or Seaside Award, you know you are on one of the safest, cleanest and very best in the country.”