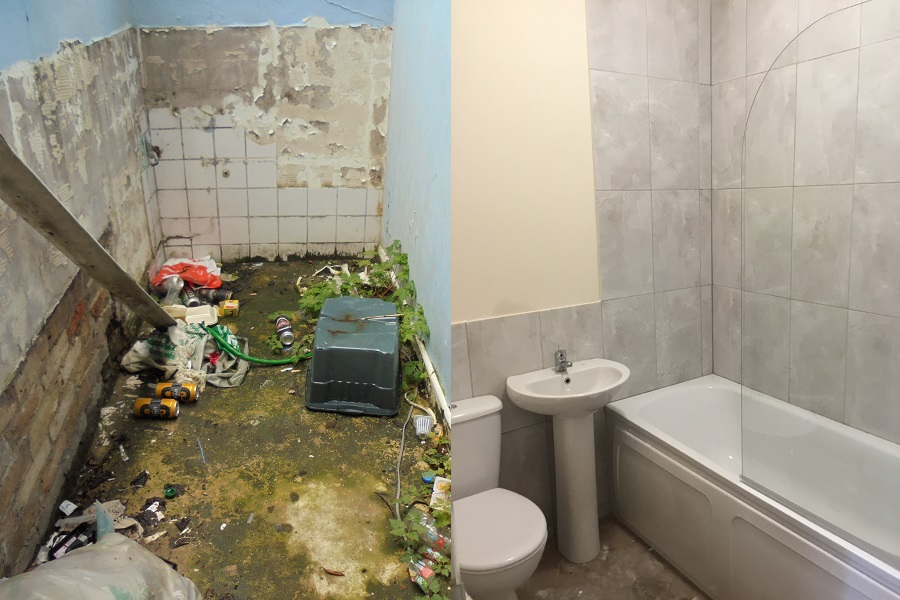 A property that has been empty and derelict since 2013 has been refurbished by new owners and will now become a house of multi-occupancy for up to seven people.

Arun District Council received a number of complaints from the public due to the poor condition of the house, located in Canada Grove, Bognor Regis. Due to the anti-social behaviour the property attracted and the continued un-authorised access from drug users, the police and fire brigade were in regular attendance.

Despite many attempts to engage with the owner to commence work on the property, negotiations proved inconclusive and the Council took formal enforcement action to make the property safe and bring it back into habitable use.

An Improvement Notice under the Housing Act 2004 was served on the legal owners in June 2017.The property was subsequently sold to a syndicate who began the extensive refurbishments in February 2018.

Arun District Council’s Empty Homes Officer re-visited the property in June 2018 to check compliance of the notice and was pleased that the renovations had been completed and the Improvement Notice fully complied with.

The seven bedroom property, close to Bognor Regis town centre and train station will now be let out to local people in housing need.

Cllr Stephen Haymes, Cabinet Member for Technical Services said “Having this empty property back in use so that people in need of housing can settle and make a home is vital. I would encourage anybody that knows of a property that is standing empty or abandoned or may need help with a property of their own, to get in contact. They may be able to make a difference by talking to us about getting that building back to a condition where it can be lived in again.”

If you know of an empty property or require financial assistance with an empty property you own, please contact Helen Stevens, Empty Homes Officer at Arun District Council, by phone on 01903 737788 or by email on helen.stevens@arun.gov.uk or visit www.arun.gov.uk/empty-properties