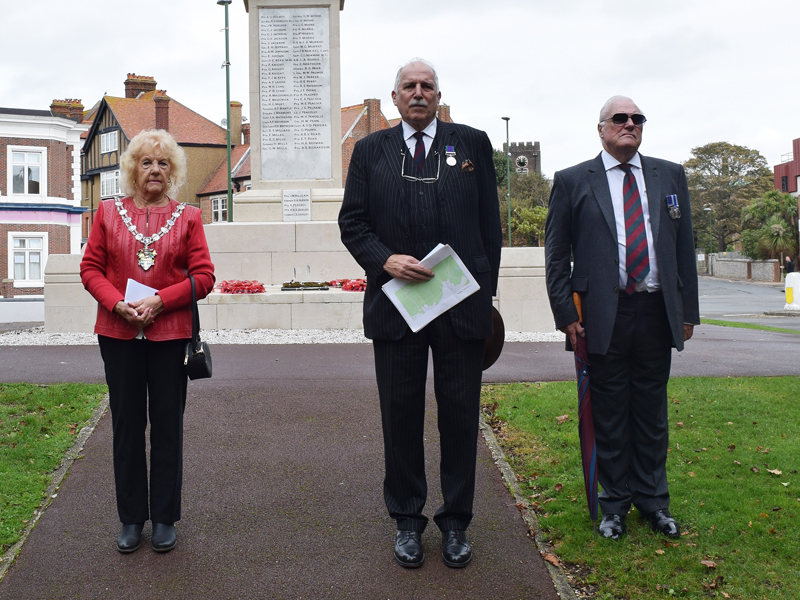 On Monday 7 October members of the Grenadier Guard Association of West Sussex gathered at the War Memorial in Littlehampton to mark their 70th anniversary.

The Chairman, Leader, Deputy Leader and Chief Executive of Arun District Council, Directors, Officers and other many other guests joined the ex-Servicemen to celebrate the handing over of two commemorative benches, located by Caffyn’s Field.

The Association has now disbanded and used their final funds to purchase these benches for residents and visitors to enjoy. A member of the Guards Band treated those gathered by playing The Last Post.

Cllr Mrs Jeanette Warr, Chairman of Arun District Council said: “Attending this gathering was a privilege. It was a lovely way to say thank you to the Grenadier Guards Association of West Sussex, not only for the beautiful commemorative benches they have provided, but also for their many years of service to our country.”