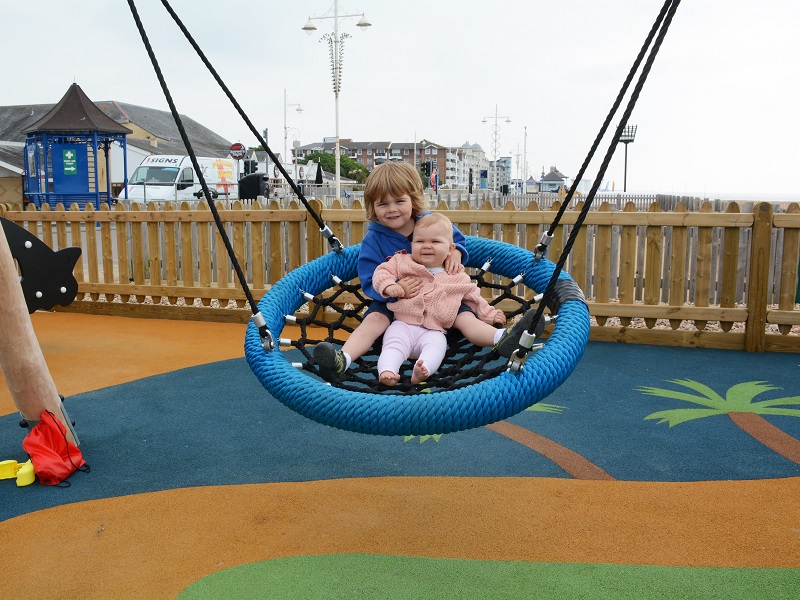 The new ‘Play on the Beach’ play area on Bognor Regis seafront has been officially opened, after being given the thumbs-up from youngsters.

Dignitaries including the Chairman of Arun District Council, the Leader of the Council, the Chief Executive, councillors and ward members gathered to celebrate the arrival of the fun and inclusive play area, which has a sea creatures theme.

Since it opened to the public a couple of weeks ago, the play area has been extremely busy and the council has had great feedback from parents.

Public consultation carried out last year showed that an overwhelming 95% of respondents wanted to see a new play facility aimed at a range of ages and abilities. Award-winning playground supplier, Kompan Ltd, was selected to install the new equipment.

Officially opening the play area, Chairman Councillor Alan Gammon said: “We are delighted to see another fun attraction for youngsters on the seafront, close to the brilliant Beach on the Beach sand play area which was extended due to its popularity.

“The new equipment looks really good and judging by the smiles on the faces of the youngsters here today, the play area is a roaring success!”