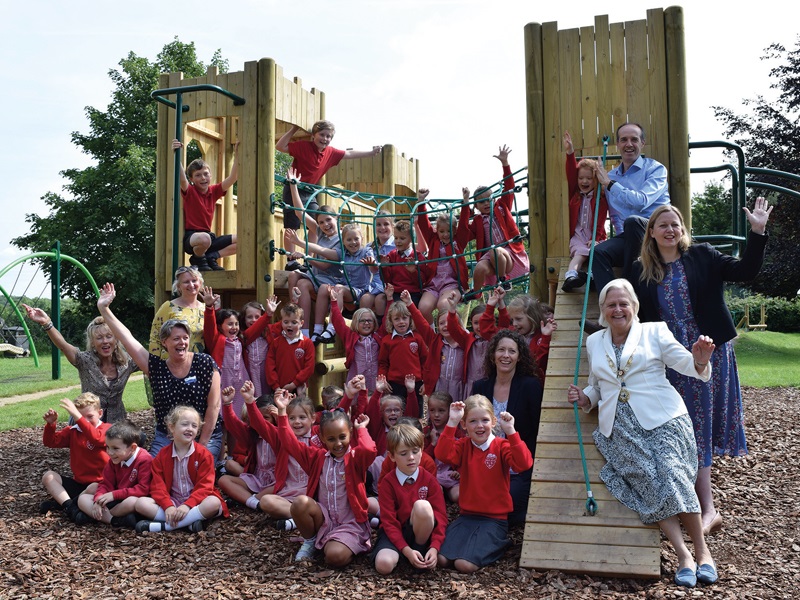 The play area was recently revamped with a castle-themed design, thanks to a joint project between Arundel Town Council and Arun District Council.

Former Mayor and Councillor, Mrs Lucy Ashworth, carried out extensive consultation with young people in Arundel so that they could help shape the new design.

The Mayor said: “The scheme has now been implemented and provides a wide range of equipment which compliments its prestigious location close to Arundel Castle. It is hoped that further improvements will be undertaken in the near future to meet the needs of the toddler age group.”

Wicksteed Ltd carried out the work after youngsters favoured the company’s design, which includes equipment that is wheelchair accessible.

In recognition of the work undertaken by participants, three young people were given a young person’s commendation award for their designs at the Town Council’s Community Awards Ceremony in November 2018.