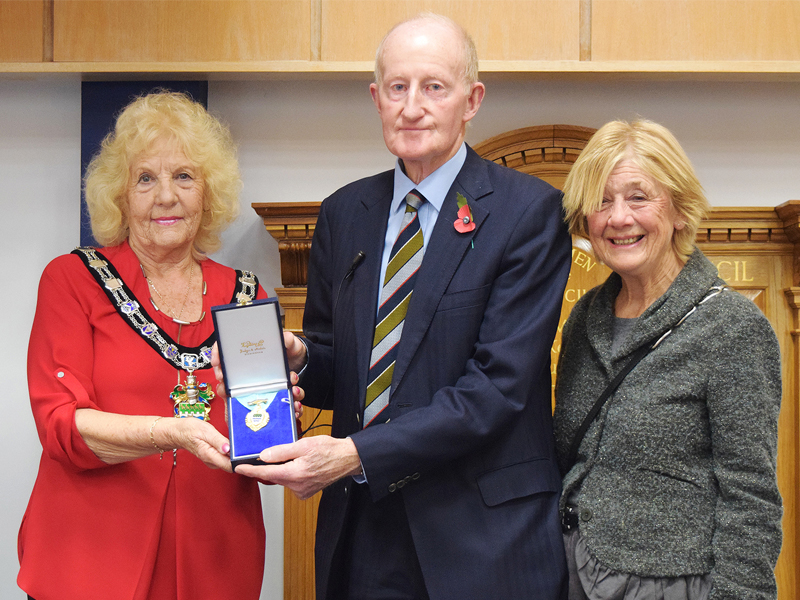 At a special council meeting on 13 November, Councillors voted unanimously to appoint Mr Norman Dingemans as Honorary Alderman of Arun District Council as recognition of his many years of service.

Norman represented the District Ward of Walberton from 4 May 1995 to May 2015 when a boundary review saw Norman elected as Councillor in the Arundel and Walberton ward until May 2019. Norman served as leader of the council from 2002 to 2006 and spent many years as an active Cabinet Member, responsible for Customer Services and economic regeneration.

As well as his work as a Cabinet member, Norman chaired many committee meetings such as the former Policy and Resources; Planning and Economic Regeneration Committees and was both Chairman and Vice-Chairman of the Bognor Regis and Littlehampton Regeneration Sub-Committees at different times. Throughout his time as a Councillor, Norman was also a Local Government Association accredited peer and conducted numerous peer reviews in several other Local Authorities.

As well as being an active and committed Councillor, Norman served as this Council’s nominated representative on the South Downs National Park and his passion for this is clear as he continues to support them with many activities in his spare time.

During his time serving Arun District Council, Norman actively supported the communities local to his Ward and was involved in volunteering and assisting many charity and voluntary groups which is typical of the Norman we all know.

Cllr Dr James Walsh, Leader of Arun District Council said: “It is an honour to propose Norman as Honorary Alderman of this council. I have known Norman for many years and this is a fitting tribute to his hard work and dedication.”