The PSPO allows the police and authorised council officers to confiscate open alcohol containers from those behaving anti-socially and also to disperse groups of people in areas of Littlehampton and Bognor Regis who are being disruptive.

Anyone who does not comply with a request to surrender open containers of alcohol and / or leave an area when directed to do so may face arrest or a hefty fine.

The PSPO can be viewed in full here (including boundaries it is enforced within): Public Space Protection Order.pdf [pdf] 910KB

This enforcement is part of a multi-agency strategy to tackle and reduce the amount of street drinking in areas of the district, the impact it has on others and ensure there is support available for specialist treatment and support for addictions.

“Arun District Council is committed to reducing anti-social behaviour in our town centres in partnership with Sussex Police and support organisations.

“The PSPO targets known problem-areas within designated areas of Littlehampton and Bognor Regis that are identified in the Order. It is an additional tool we can use to combat problems of groups congregating to drink alcohol and intimidating others trying to use these public areas. The power to disperse people causing ASB is vital to disrupting and restoring order in areas used by the public.

“However it must be stressed that the power is discretionary, so open alcohol will only be taken away from those people causing a problem. Working with other services, the Council will continue to offer support to anyone wishing to tackle alcohol abuse.” 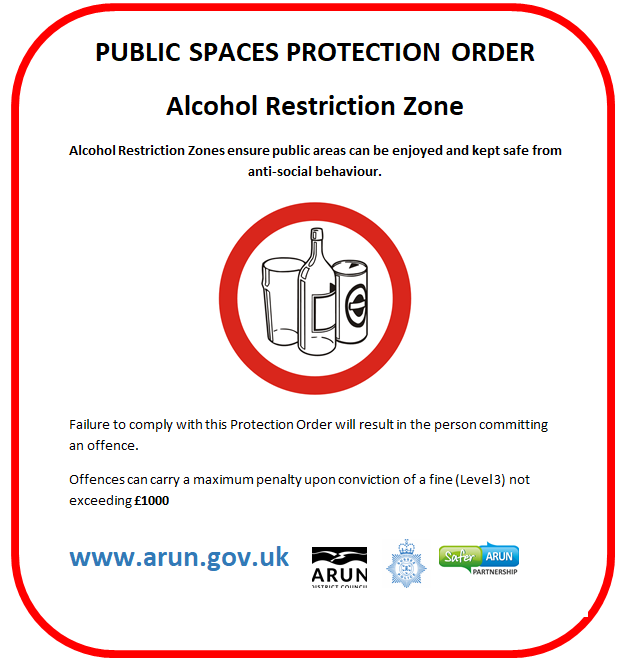