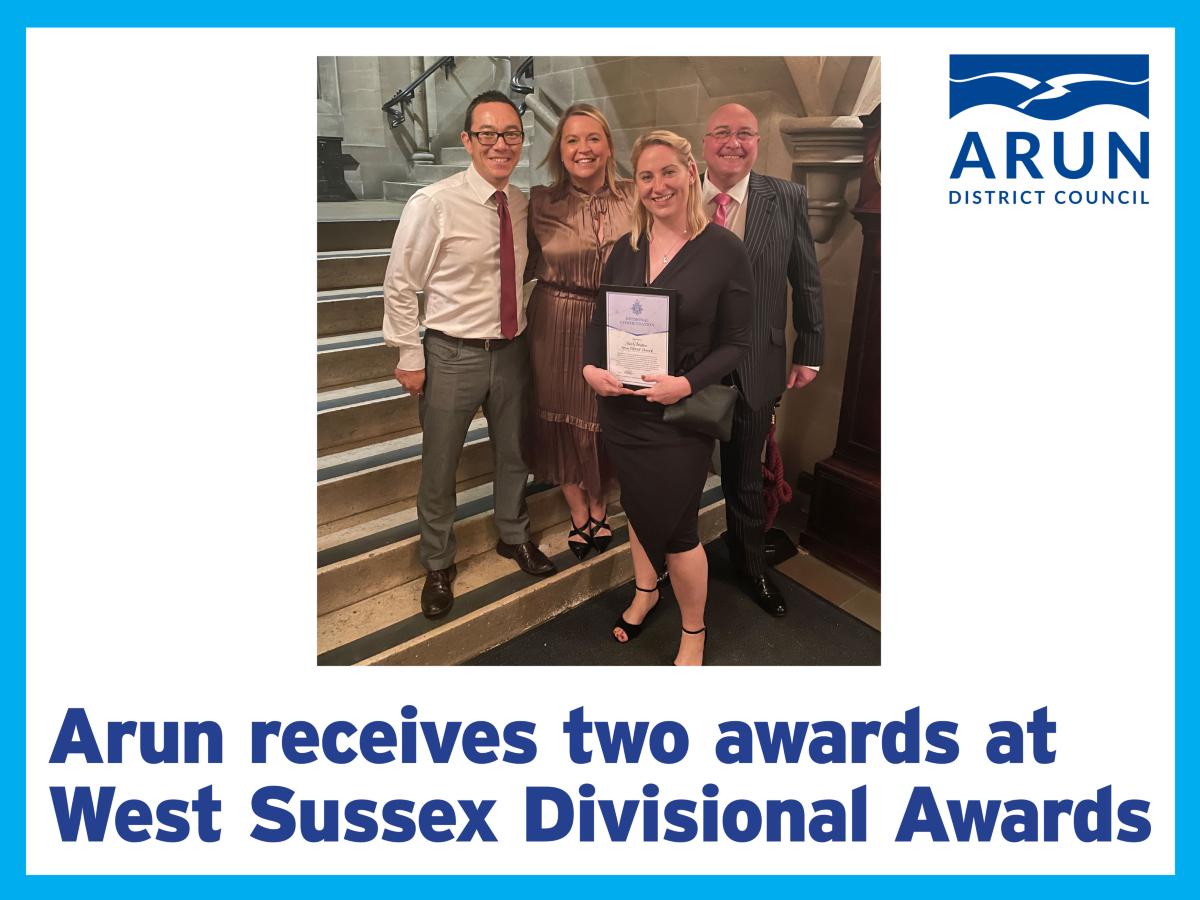 The Arun Anti-Social Behaviour team and the Arun Rough Sleeper Coordinator have received awards in recognition of their work to support vulnerable people throughout the Covid-19 pandemic.

They both received the accolade of Sussex Police Award Divisional Commendation for working in partnership with Sussex Police as part of Op Manner.

The multi-agency effort of Op Manner identified those who were homeless or who form part of the ‘street communities’ in Arun. The work carried out has been to both support these vulnerable people, as well as identifying ways in which to reduce some of the issues that impact on the wider community.

Arun’s Anti-Social Behaviour team worked to intervene with some of these people, liaising with partner agencies and issuing enforcement notices when needed.

The Rough Sleeper Coordinator was responsible for managing services as part of the rough sleeper’s initiative. This included working with those who were rough sleeping or vulnerably housed and organising those who were provided with emergency accommodation at places such as Bognor Regis Butlins.

The awards for their hard work were presented at the West Sussex Divisional Awards at Arundel Castle on Monday 18 October, by the Chief Constable and High Sheriff of West Sussex.

The West Sussex Divisional Awards is attended by West Sussex police officers, staff, members of the public and families of those who have gone above and beyond what is expected of them to keep Sussex safe and protect the public.

Jacky Pendleton Chair of Residential and Wellbeing Services at Arun District Council said: “The COVID-19 pandemic has been a challenging time for everyone, but the Arun Anti-Social Behaviour team and the Arun Rough Sleeper Coordinator have continued to work tirelessly to help some of the most vulnerable people in our community. These awards are a testament to the great work they have done, and will continue to do, as part of this multi-agency partnership.”