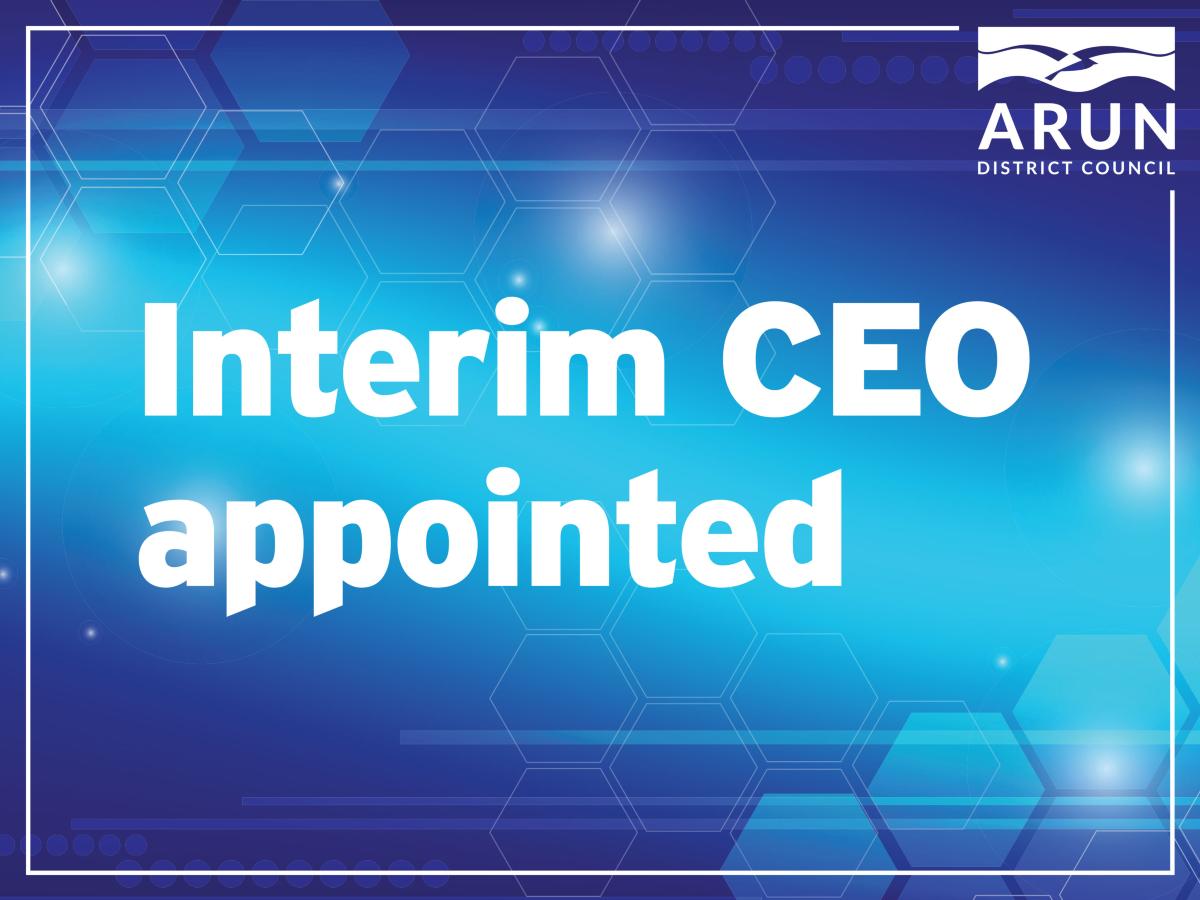 We will welcome an interim Chief Executive Officer to take the helm this autumn while a permanent replacement for the post is sought.

At a special meeting of the Full Council held last night (Wednesday 13 October), James Hassett was appointed as interim CEO of Arun District Council, succeeding Nigel Lynn who is taking up an appointment at West Berkshire Council.

All but two councillors at the meeting voted in favour of his appointment.

James, former CEO at Somerset West and Taunton Council, has a strong track record in local government having also previously worked for Havant Borough Council and East Hampshire District Council amongst others.

Councillor Shaun Gunner, Leader of Arun District Council, said: "This is an exciting opportunity for Arun. I'm delighted to welcome James as our new Chief Executive Officer who will be working with officers and councillors to ensure that we deliver on the priorities of the residents and businesses of the district.

“James will be looking to see how the council can be more sustainable in its finances, how staff can be enabled to innovate, and how we can work together to deliver regeneration in Bognor Regis and Littlehampton. I'm keen to get cracking, and I'm sure James is too!"

Councillor Dr James Walsh, Leader of the opposition, said: “We are delighted to have appointed James Hassett for this interim role. He will bring a wealth of experience and expertise in areas that we, as a council, will benefit from. Ensuring that we continue to improve our services to residents remains our priority and I’m positive that in his time as CEO with us, James will help us to drive that priority forward.”

James Hassett, who will start on 1 November, said: “I’m really pleased to have been appointed as Interim Chief Executive at Arun District Council. Already from my brief time in and around the district I’m excited to see how much potential it has to offer. In my time at the council, I will be focused on supporting councillors and staff to really engage with our residents and partners.”

During his time at Somerset West and Taunton Council, James developed a five-year financial plan with an emphasis on regeneration and supporting the local economy, the building of social and affordable housing, meeting the climate challenge and a strong focus on ‘levelling up’ for deprived communities.

With a background primarily in economic development and regeneration in both the public and private sectors, he has led on many initiatives including the regeneration of Hayling Island waterfront as well as the redevelopment of Havant town centre and Waterlooville town centre.