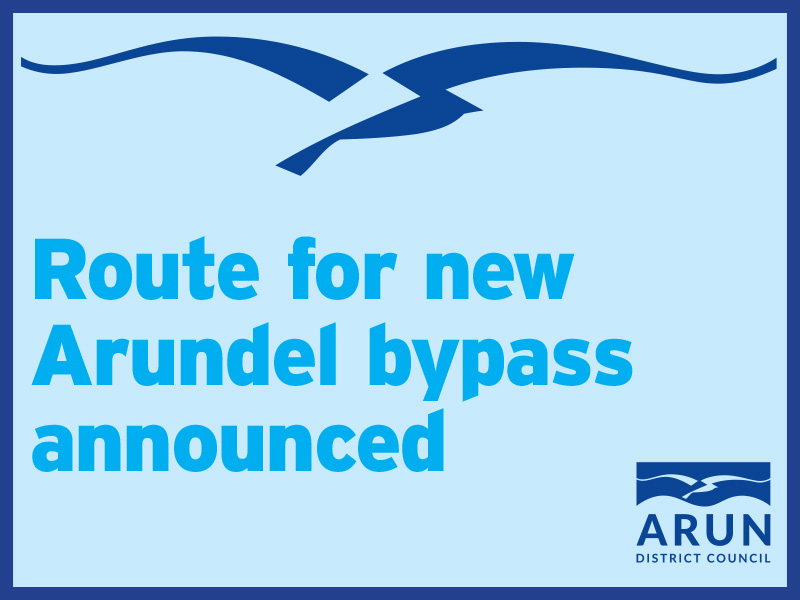 Plans for a new bypass for Arundel on the A27 in West Sussex have been announced by Highways England today (Thursday 15 October).

In response to this news, Cllr Dr James Walsh, Leader of Arun District Council said: “This has been a long time coming, some 35 years since the Poling-Crossbush section. It will bring much needed relief to many local communities, both from traffic congestion and pollution, and therefore widely welcomed across the whole of Arun District. The route protects the South Downs National Park, and the cutting/ acoustic fencing at Walberton will protect local residents and avoids all ancient woodland and other trees at Binsted. We are aware that this will have an impact on residents in the immediate locality and we will work with all agencies involved to ensure support for those affected “

“It is a crucial part of the A27 major National and regional south coast route, of crucial importance to business, tourists, and residents.

Highways England has confirmed that the new preferred route – the grey option 5BV1 - put forward at last year’s further consultation has been chosen to provide balance between creating vital new road capacity and protecting the special environment and cultural heritage in and around Arundel.

The A27 at Arundel is a regular traffic bottleneck, with 21,000 journeys made each day. The plans unveiled today will not only ease congestion on this busy stretch, which will get worse if nothing is done, but will also make the road safer and reduce the number of collisions.

The plans include a new five-mile dual carriageway which will draw traffic away from Arundel and reduce rat-running on minor roads through the national park. Highways England have been working hard on the plans, taking into account feedback received from the public and other stakeholders, over the last 12 months. The new bypass will complete a missing link in the A27, the only major east to west route south of the M25 and avoids the South Downs national park completely.