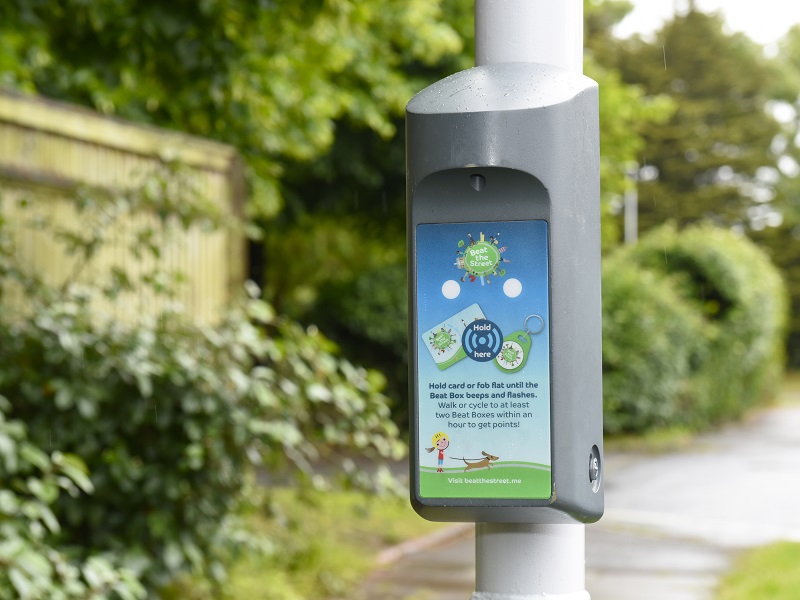 Beat the Street – West Sussex’s giant walking and cycling initiative – is off to a running start with residents travelling more than twice the distance around the world within the first week of the game.

More than 14,000 people have walked and cycled 55,000 miles in just over one week for Beat the Street – a free competition which challenges people to see how far they can travel around parts of West Sussex in return for points and prizes.

Taking place until 31 July, Beat the Street is transforming Littlehampton and Bognor Regis, along with Worthing, Lancing and Shoreham-by-Sea, into a giant game with players tapping special sensors called Beat Boxes dotted across the area. The response to Beat the Street has been incredible with thousands of people visiting libraries to pick up a card and get involved.

112 schools and teams in West Sussex are competing against each other to see who can journey the furthest and win hundreds of pounds worth of prizes.

After one week, River Beach Primary School in Littlehampton has travelled the furthest with 4,150 miles with Southway Primary and Durrington Junior School behind them. However, with five weeks left to go it is still all to play for.

Beat the Street is being delivered by Intelligent Health and is funded by Arun District Council, Adur and Worthing Councils, The Conservation Volunteers and West Sussex County Council Public Health.

Councillor Gill Yeates, Arun District Council’s Cabinet Member for Community Wellbeing, said: “We’re delighted to see that the Beat the Street initiative has got off to a flying start, with thousands of people in Arun exploring their community on wheels and on foot.

“As a Council we are committed to encouraging people to get out and about and to lead a healthy lifestyle, this game helps them to do just that – whilst having fun too!”

To find out where you nearest distribution centre is, visit www.beatthestreet.me/coastalwestsussex