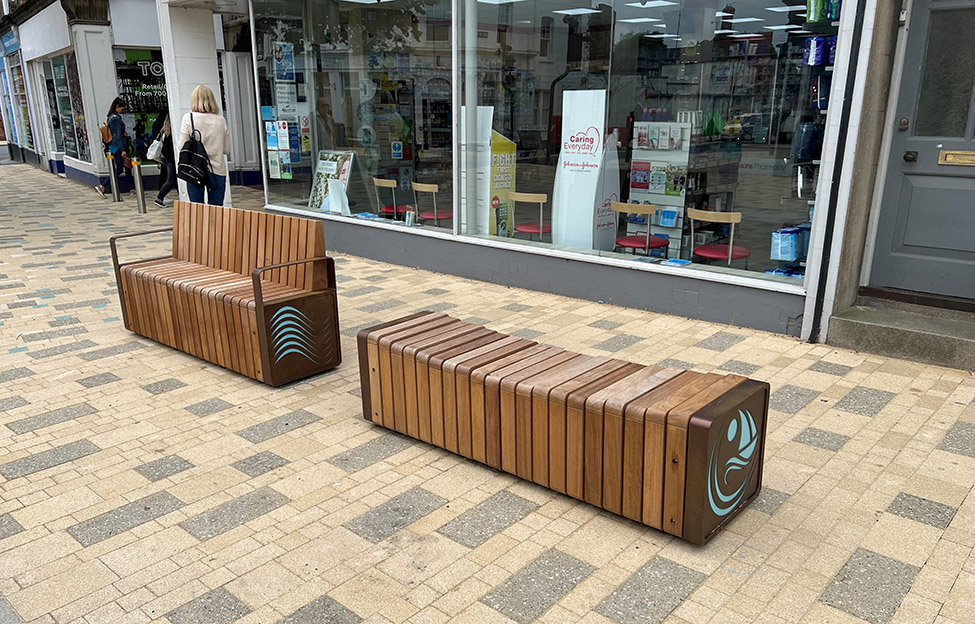 A project to make Littlehampton Town Centre more welcoming is nearing the half-way mark with work expected to be finished in time for Christmas.

The transformation to date has been given the thumbs-up from traders who have praised the new paving and planting, along with other improvements being delivered.

The latest news on the £3.5 million project is as follows:

The next stage of the project will see three new pedestrian crossing points installed on Beach Road, which will be closed to traffic for approximately three weeks from mid-September. The closure is necessary to allow for new drainage gulleys to be installed and connected to the sewer in the middle of the road.

All shops will remain open during this time. Additional parking is available in Manor House Car Park and there will be a dedicated delivery bay within the car park to accommodate the businesses on Beach Road. There will be further works around the pavements and carriageway along Beach Road, continuing until November, however, all businesses will remain open throughout.

Improvements to Terminus Road will start in October / November and are expected to be completed by late summer 2023.

While contractors, Edburton, deliver the project, all shops are remaining open, and the Friday Market will continue to operate as usual.

Councillor Shaun Gunner, Leader of Arun District Council, said: “Littlehampton High Street is already looking great: bright paving, new seating, and green trees. But this project wasn't just about new paving. It was about investing in the town so businesses would want to invest here as well. And already we are seeing new shops opening up in the High Street, and new owners of the Arcade seeking to invest in the town. We are saying that Littlehampton is open for business, and a great place to live, to work and to visit!”

Celia Thomson-Hitchcock, Chair of Littlehampton Traders Partnership, said: “At our recent board meeting, we all agreed that the town is looking smarter and that when the pavement is sealed, the new look will be enhanced. The fact that the new Fibre network is being incorporated too, is an added bonus to attract new businesses to the area.

“The High Street to due to be finished by the end of the year which is great news for Christmas planned events and shopping.”

Andrew Sleeman, from Spokes Cycles, said: “It’s great that Arun District Council successfully secured this money from central government for Littlehampton. I had reservations about the scheme when it was first proposed but the new look is making a big difference in brightening up the town. As a trader for 34 years and a shopper, I know the paving being renewed will not solve all our town’s issues, but let’s remain positive and use our town when we can, then maybe things will start to turn around!”.

Funding for the first two phases is from the Government’s Coastal Communities Fund (£2.45m), Coast to Capital Local Enterprise Partnership Local Growth Fund (£564,000) and £200,000 from both Arun District Council and Littlehampton Town Council. Further funding will be sought to complete all phases of the project.

Additional funding has also recently been secured for Phase 1, Terminus Road – between the railway station and High Street. West Sussex County Council has committed contributing £1.25m to deliver this part of the scheme which will start early 2023. The programme for the project should be completed in the summer of 2023. Further funding will be sought to complete phases 4 and 5 so the entire project can be delivered (Surrey Street and War Memorial roundabout). Further information is available on our webpage https://www.arun.gov.uk/la-public-realm

Separate funding of £19.4m for schemes to improve Littlehampton seafront and Bognor Regis’ Alexandra Theatre will come from the Levelling Up Fund.